Here are a few photos from the Great Reno Balloon Race held about a month ago. I had started this post then, but my computer malfunctioned. But, it’s never to late to show some cool photos. I had so many to sort through. I hope you enjoy them.

The Great Reno Balloon Race starts early if you want to catch the Glow Show and the Dawn Patrol. I think it’s worth it, but it did require my family to rise well before the crack of dawn at approximately 4:30 am. Yes, that part was painful. It was actually a miracle that were able to do it. Even more of a miracle that I didn’t have a cup of coffee until about 6:30 am. Oh, but it was worth it.

Balloons twinkled like stars, choreographed to music. It was quite a spectacle and the crowd was awestruck (and probably half asleep).

The moment we had all been waiting for had arrived. Once they are swelling with hot air, it doesn’t take long for the balloons to begin their ascent.  There were 87 balloons that participated with at least twelve of them in special shapes, including a Pepsi Can, Darth Vader, Tweety Bird, Shark, and a Wells Fargo Wagon. All balloons were sponsored this year. I understand it’s quite costly to own on of these balloons, estimated at least $50,000, and this does include the cost of racing them. I envisioned them all lifting off at once. But it didn’t quite happen like that. They mostly lifted in spurts in small groupings.

It is a race, although you’d never know it. They seemed to float rather aimlessly. The balloons attempt to hit some mysterious “X” post in the sky. I never saw them anywhere. Participants throw bean bags (or something) at a target with their insignia to prove, indeed, they were there. 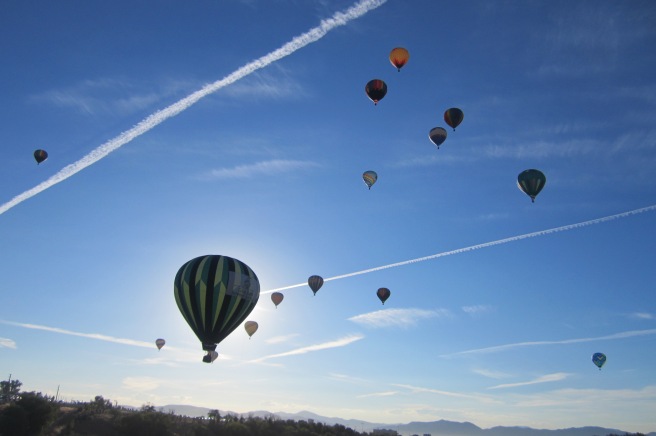 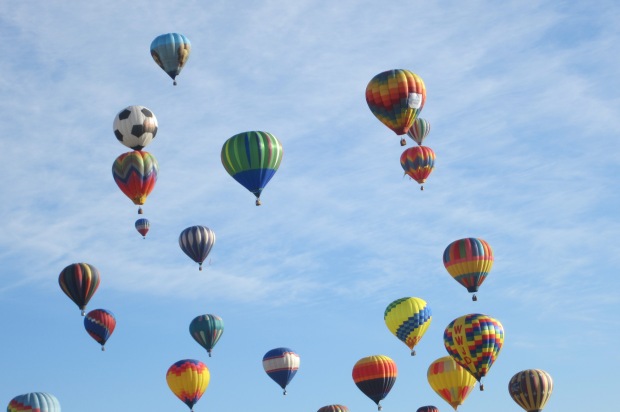 Not all balloons finish the race. This one landed in the parking lot.

Here’s a nice view of Reno on our walk back to our car. Shark and Tweety Bird never made it off the ground. Poor Tweety never even filled up.

The kids probably had the most fun playing with their cousins and running through the open fields. 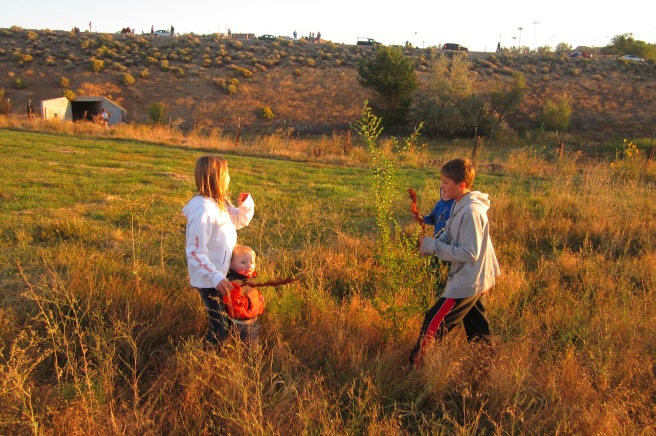 Of course, spotting a snake on our walk back was pretty hard to beat, too. 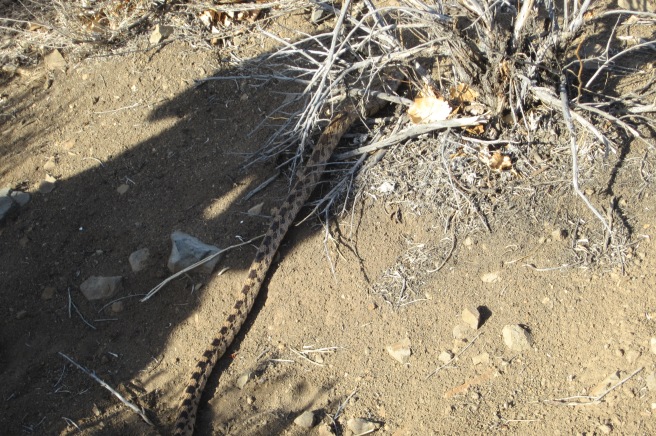 I’m sure one day my kids will ask me, “Remember that time we saw the balloons?” Yes, I remember. It was a beautiful day. If you ever get a chance to go to a balloon race, I highly recommend it.