A bit of fiction today. It’s something I started and dropped a long time ago. Do you find it interesting? Want more? As always, thanks for reading. 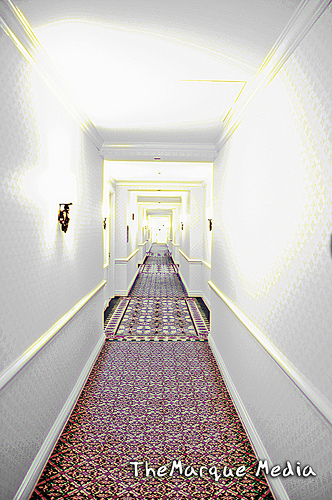 Jake tilted his head, staring at the painting of horses and fields of flowers, and drifted. I watched him walk away, and I let him. He could make his decisions. We didn’t need to be the hand-holding couple that was Noah and Laura, our partners in crime and purveyors of high art.  He could drift off and he would return, refreshed, with a kiss to my cheek.

More than twenty minutes passed, and the crowd in the gallery thinned.

Noah and Laura discussed each painting as if it mattered, absorbing and dissecting each one. Honestly, it bored me to tears. I was back in Art History class feeling more tired than I ought to have felt at that moment.

“I’m going to search for other masterpieces,” I said.

I wandered out into the main thoroughfare, and still no sign of Jake. Anxiety crept in as it usually did at this point, the point of which I felt betrayal, even though I knew the second I thought it, it was senseless exaggeration, the kind of thought process that Jake bemoaned, “You worry too much. You over think.”

The chatter of the main exhibit hushed in the background, as I milled around looking for my husband. When he wandered away like this, I tried not to take it personally. Was my company not exhilarating enough that he must leave my side at every social gathering? The truth was he didn’t like people much and being in their midst was like a small torture to him that he equated with scooping one’s eyeballs out with a spoon. The first chance he had to slip away, he usually took it, although usually I had an inkling as to where I’d find him.

This museum had more secured doors than a government building; the few doors I passed and tried were locked. Passing through long, narrow hallways, the wood floors recorded the clicks of my three-inch heels. With each click, click, I incurred a deepening pain in my toe, rubbing at the inside my shoe. This excursion to the museum needed to expire, I decided right then and there. Through each passing hallway, click, click, I felt like a rat in maze; every corner I turned I met a new hallway; the wood floor disappeared and was embellished with a padded busy maroon carpet better suited for a casino than a museum.

If it wasn’t for the recessed light, I might have tripped on the its endless design, feeling light headed as I stepped with purpose. There was possibly one alternate turn I could have made, but for the most part, I simply followed the path in front of me. I had come so far already I thought I should see the path through. Jake could be only steps away for me, for all I knew. It would be a shame to turn back now, all my effort wasted.

Clearly, I had embarked on a new territory of the museum with the exhibits behind me, although I saw no rope or security guard that might indicate its end. I saw no more golden plates inscribed with artists’ names. The ambiance had shifted to a more generic atmosphere of a hotel, with a requisite chair and lamp positioned at every corner. With more footsteps, I encountered a few potted plant until the maze seemingly ended in the form of a well-lit hallway. My eyes adjusted to stunning white walls. This must be the behind-the-scenes employee territory where they put together their glossy brochures and fine-tuned their calendars. I wondered if they ever met a living, breathing artist or if it was all dead people.

“Jake, Jake,” I said. My voice echoed through the narrowing hallway with its final point up ahead fuzzy and indistinguishable from everything I had passed so far. I never would have guessed the small, neighborly museum would have so much staff, or was this storage space? I begin to think I should leave a trail of bread crumbs or anything to mark my passage, but I had nothing to work with. I had left my exhibit program on a table on one of several possible tables I had passed, up to this point.

Several doors were locked when I tried them; the door knobs tight like they hadn’t been touched in some time. I knocked on a couple of doors, knowing it was useless. It was whisper quiet, but no one whispered. No one was anywhere.

“Jake! Jake! If you can hear me….Are you there?” I whispered, then yelled.

At the end of the hallway was a greyish-blue door, heavier wood than the flimsy white doors I had been pounding on. It must be locked like all the others and felt foolish to even try it, but given that I was at the end, what I actually perceived was the end of the museum, at least in this corridor. If I had tried another corridor, who knows, but this had to be the end. It was obviously the wrong way, I had miscalculated, I was tired, but I tried it anyway.

It opened the door to a sea of darkness.

I imagined cobwebs and artwork and furniture entombed in sheets, until my feeling hands located the switch to right. Flipping it on, I saw that I was on a landing platform with only a foot around me. Two more steps and I would have fallen to my death. I shook on my spindly heels and hung on to my gasping breath.

15 thoughts on “In Search of Masterpieces”