Greetings, blogging friends. I’m baaack! At least I think I am. I seriously thought I’d never be back. I’ve returned from a ten-day trip to Los Angeles, fun-filled with chlorine, ocean spray, and not enough sunscreen. I swam in the ocean for at least an hour and the water never felt so warm at 70 degrees. Can you believe that? If I could grow a pair of fins, I would have moved in. I seriously reconsidered my position in life. I don’t belong inland.

I would have come back sooner, but I had so much visiting to do with family and a few of my friends.

Marilyn twirled by, looking ever so lovely.

I know you can’t blame me for taking the time to catch up with her.

And this guy…Mr. Frankenstein. He followed me everywhere. I barely made it inside my car and that was after I had a drink with him.

My plan was to introduce Frankie to Norman, so he would move on and forget about me, but apparently not. Norman Bates, you see, was up to his old tricks. 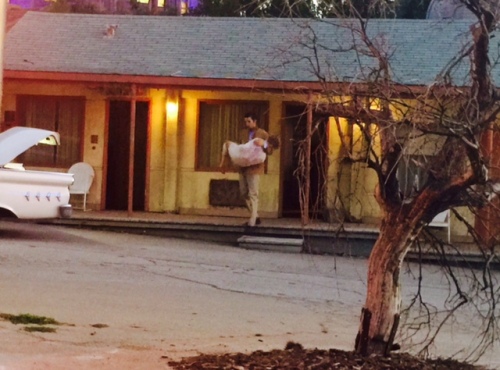 Had I not been running, I would have snapped of photo of him coming after me with a knife. Friends, I barely made it out alive.

I was sweating and hysterical and thought that Fred, my best alien friend on the planet, could help me. But he couldn’t be bothered to wake up. I’ll have to admit I was upset about this.

I could have sat in that chair. He’s going to be really disappointed when he finds out that I stopped by.

Instead, I partied with a bunch of mummies. 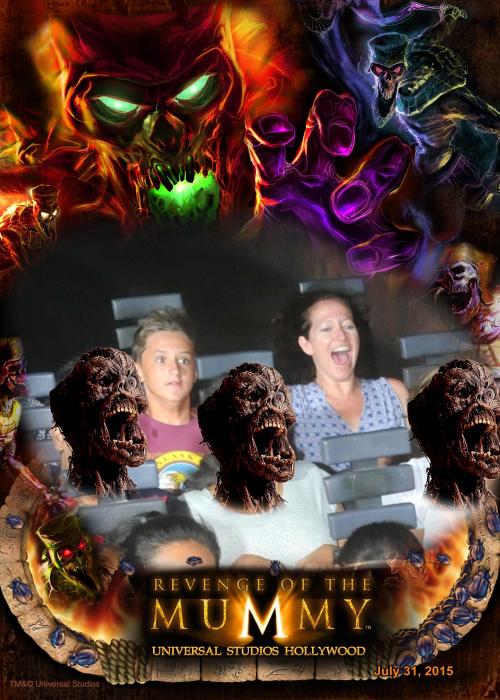 Okay, I was at Universal Studios! In case you hadn’t guessed it by now…

Most of the pictures are from the Studio Tour, which was without a doubt my favorite ride. The sets were very cool. The Revenge of the Mummy was a close second.  That’s me and my son on the mummy ride. I was shocked to see the fear on my son’s face here. You’d never know it on the ride because he laughed the whole way through. The ride is in absolute darkness and when it was it was over, we said, “Again!” So fun.

This ride was the only actual roller coaster at the park; the others were all 3-D simulations and were incredible. Quite the thrill! I had never experienced anything quite like this; there was free-falling from high buildings and being shot at by Optimus Prime and actually feeling the heat of the bullet. Or how about the feeling of bugs crawling up your legs or being tossed around by King Kong? The fun never stopped. You really felt like you were inside the ride and you either loved it or hated it. It’s not for everyone. My husband went on a ride and promptly threw up. Oh, well! Perhaps, an amusement park experience is not complete unless someone gets sick.

Here’s one more cool shot from the Studio Tour. It may look familiar. It’s from the Jaws set. 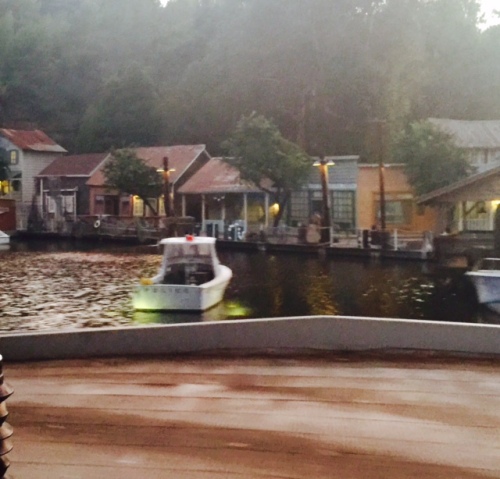 It was difficult taking photos through the bars of the tram. Anyway, I hoped you enjoyed them. I’m back and I’m safe. How have you been?

68 thoughts on “I Thought I’d Never Be Back”